A wonderland of savings on Skincare Products, Fillers, Botox® and so much more. 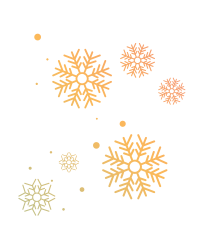 Are You Worried About Hair Loss? - Page

The effects of hair loss on self-image and self-esteem have been well documented, with the psychological effect more significant among women than men.  Hair loss has even been associated with clinical signs of depression.  There are very few treatment options, particularly if the cause of the hair loss is unknown.  The discovery of a medication that will safely and effectively increase hair growth in women would be a substantial development in the physical and psychological treatment of hair loss.

Hair loss in women is more commonly associated with low thyroid function, emotional stress, physical stress (after giving birth or following a surgical procedure), the use of oral contraceptives and nutritional deficiencies than with androgenic alopecia (male pattern baldness).  Often, more than one cause is present.

Although, certainly less common in women that in men, androgenic alopecia does occur in about 15 % of women. This disease is believed to be caused by an underlying susceptibility of hair follicles to androgenic  hormones. Androgens are a group of hormones that play a role in male traits and reproductive activity. Present in both males and females, the principle androgens are testosterone and androstenedione.

Beginning treatment as soon as hair loss is apparent is important, because prolonged androgenetic alopecia may destroy the hair follicles over time.

Topical minoxidil (Rogaine) was first used in tablet form as a medicine to treat high blood pressure (an antihypertensive). After noticing that patients being treated with minoxidil developed excessive hair growth (hypertrichosis) as a side effect, researchers began effectively applying a solution of minoxidil directly to the scalp to stimulate hair growth. When applied topically, the amount of minoxidil absorbed through the skin into the bloodstream is usually too small to cause internal side effects.

In a 2012 study, an oral supplement consisting of proteins and marine derived glycosaminoglycans (components of connective tissue which serve to maintain moisture in the cells) was found to have beneficial effects on women’s’ hair.  The objective of this study was to test the hypothesis that the administration of this new oral supplement over a six-month period would increase hair growth in adult women. After 90 days of treatment, brittle hair and nails returned to the women’s normal condition.

Subsequent studies found a beneficial effect with the use of a similar marine extract with the addition of other natural compounds (VIVISCAL Hair Nourishment System: Lifes2good, Inc.) for the treatment of androgenetic alopecia.  Several studies have demonstrated that taking one tablet in the morning and one if the evening with water and following a meal, showed improvements in overall hair volume, thickness and scalp coverage after 90 day s.  Additional improvement was seen after 180 days with no adverse side effects reported.

These results may represent the first account of increased hair growth in women associated with the use of a nutritional supplement.